Will the Aliens & Buffy comics move to Marvel?

Earlier tonight I published a post pondering the reason behind the recent cancellation of The Simpsons Comic, questioning whether or not it had anything to do with the Fox/Disney deal? This train of thought has now got me questioning something else – the future of Aliens & Buffy the Vampire Slayer comics at Dark Horse.

Since 1988, Dark Horse Comics has been the keeper of the flame for Aliens comics, publishing various mini-series about the xenomorphs and the worlds they inhabit. But with Disney acquiring the Alien films as part of a deal worth $71.3 billion could this be the end of the road for Aliens and Dark Horse Comics?

Cast your mind back a few years and Dark Horse Comics published a very successful run of comics based on Star Wars. However, once Disney bought Lucasfilm (and therefore Star Wars) that run of comics came to an end and the sprawling Skywalker saga moved from Dark Horse over to Marvel.

Now I’m not suggesting that Dark Horse is going to instantly lose the rights to publish Aliens comics – no doubt there’s a deal in place for a set period of time – but whatever deal Dark Horse has, it’s going to end at some point. When that deal ends, surely the comic will move to Marvel, right?

I’ve personally got no problem with Aliens moving to Marvel, should it happen, as I’m really enjoying what Marvel are doing with Star Wars since they (re)acquired the license, but it would be a blow to Dark Horse Comics. Losing one big named property to Marvel is one thing, but to lose another within a few years is something else. 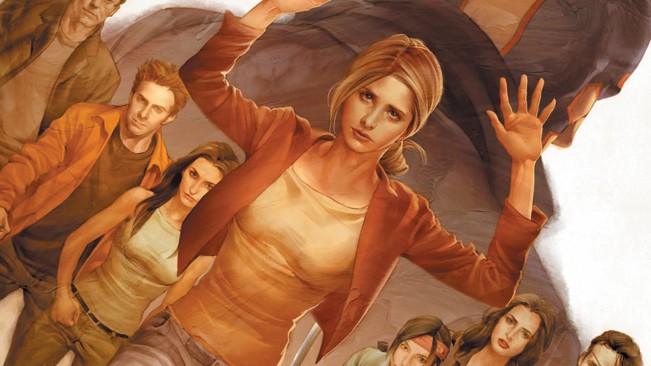 This is all pure speculation, so I’m not saying it will happen, but there is every likelihood that it will. And as the dust begins to settle on the monumental deal between Fox & Disney it quickly becomes clear this deal with have a significant impact on a number of licences – let’s not forget, Buffy the Vampire Slayer is also a Dark Horse Comic and… oh yeah… that’s soon to be a Disney property too.

And isn’t the Buffy comic due to come to an end later this year upon the conclusion of its twelfth season? Is this a coincidence or has an end point been on the cards for some time in the event that Buffy jumps ship to Marvel in the not-too-distant future?

If Buffy does move to Marvel, what would this mean for the book? Would we be in for a return to the high school years or something else entirely?

And in light of the recent reveal of DC Universe – DC Entertainment’s new subscription-based streaming service – could Disney use these titles to bump up its non-super hero  offering for comic book readers?

DC Entertainment is offering a library of DC Comics as part of DC Universe; could Disney be looking to go one better with an even bigger comic book selection for its proposed streaming service? Acquiring Aliens and Buffy would mean that the service is able to cater for those less interested in Spandex-wearing characters like Spider-Man and the X-Men.

The Fox/Disney deal opens up so many thoughts and possibilities. It’s going to be very interesting watching this unfold.

4 Responses to Will the Aliens & Buffy comics move to Marvel?