Avengers: Infinity War is good – I think we can all agree on this – but it has left a few loose ends which need to be addressed. And no, I’m not talking about the biggest loose end of them all – ‘What happens next?’

Below are five burning questions that need answers.

What happened to Korg, Miek and Valkyrie?

At the very beginning of the movie, we arrive in space to find that Thanos and the Black Order have wiped out the last of the Asgardians. As the scene plays out, the Hulk is sent to Earth, Loki and Heimdall are killed and Thor is left for dead.

But wait, aren’t we forgetting about a few very important characters? What the heck happened to Korg, Miek and Valkyrie?

Thor: Raganrok – the movie which introduced Korg, Miek and Valkyrie – takes place prior to the events of Infinity War and last we saw, these three characters were on the ship with the Asgardians. So, where the heck are they?

It’s possible that they are amongst the dead – after all, death might only be a temporary issue at present – but it’s also possible that the directors (the Russo Brothers) simply forgot to include them in the movie. Or at least, forget to explain their absence.

The likelihood is, that these characters are not dead and will make another appearance in the Marvel Cinematic Universe (MCU) at a later date, if for no other reason than the simple fact they are very popular characters, thanks to their scene-stealing turns in Thor: Ragnarok. Expect their absence to eventually be explained away through a bit of retroactive continuity (aka back tracking).

What was up with the Hulk?

Well, this is something that we should get a definitive answer to in the next movie. Hulk actor, Mark Ruffalo previously revealed to Cinema Blend that the Hulk/Bruce Banner is on a three-movie journey, with his story running across the events of Thor: Ragnarok, Avengers: Infinity War and the as-yet-untitled Avengers 4.

Prior to the release of Thor: Ragnarok, Ruffalo said:

“So basically, Kevin [Feige] pulled me aside before this, and said, ‘If you were gonna do a… if we were going to do a standalone Hulk movie, what would it be?’ And I said, ‘I think it should be this, this, this, and this and this, and ends up like this.’ And he’s like, ‘I love that. Why don’t we do that in the next three movies, starting with Thor 3 and then we go into Avengers 3 and 4.’ And I was like, ‘That sounds great!’ And so we are at the beginning of this arc.”

Why did Doctor Strange give up the Time Stone?

There were a couple of bizarre moments in Infinity War where some characters did some pretty dumb things, such as Gamora joining the group that went in search of Thanos… even though she was the only person with knowledge of where the Soul Stone was!?! Yet that still wasn’t the dumbest decision in the movie. That particular moment goes to Doctor Strange, who decided to give up the Time Stone in order to save Tony Stark.

A little earlier in the movie Doctor Strange made a comment that he’d looked into the future and of all the many possible outcomes that lay ahead, there was only one which suggested the good guys could win. It is therefore entirely possible that Strange knows the only way to succeed is to give Thanos the Time Stone – making his decision a tactical one, rather than a dumb one.

Either that or he is just really dumb.

Guess we’re going to have to wait until summer 2019 to get an answer to that one. 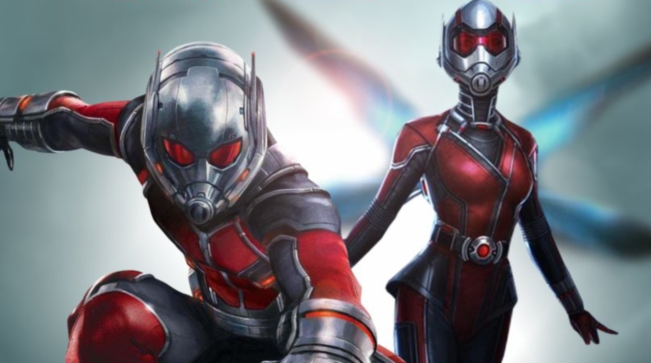 Where the heck are Hawkeye, Ant-Man and the Wasp?

The mother of all bad guys shows up on Earth and every hero joins in the fight, right? Wrong. While almost all of the Avengers assembled to fight Thanos and the Black Order – included all of the residents of Wakanda – there were three very notable absentees: Hawkeye, Ant-Man and the Wasp.

Yep, two of these characters – Hawkeye and Ant-Man – were referenced via a line explaining they took a deal with the government to lie low, but that still doesn’t explain why they didn’t put in an appearance. So what gives?

Well, the simple answer is that there were already too many characters in the movie, so adding three more might have been overkill. But there might actually be a better explanation for this.

In around three months’ time, the next Marvel Studios movie will hit cinema screens. That movie is Ant-Man and the Wasp. By all accounts, the film will be set just before and during the events of Infinity War – effectively offering a non-connected side story which is Ant-Man/Wasp-centric.

The likelihood is that Ant-Man and the Wasp didn’t show up to fight Thanos simply because they have their own storyline, which will be explored in their forthcoming movie. Ant-Man and the Wasp will almost certainly end with some connection to Infinity War, even if it’s just a throwaway line to cement the movie’s place in the MCU’s timeline.

Of course, this still leaves Hawkeye as an anomaly – but an anomaly that should all make sense in Avengers 4. Early behind-the-scenes photos have shown that actor Jeremy Renner is very much a part of Avengers 4, but he may look a little different to how we last saw him.

Early buzz suggests he has now taken on the persona of Ronin – another guise that (in the comics) Clint Barton undertakes as a member of the New Avengers. While this doesn’t explain where he is during the events of Infinity War, it does suggest that the deal he made with the government may have involved some secret super heroing which kept him busy. 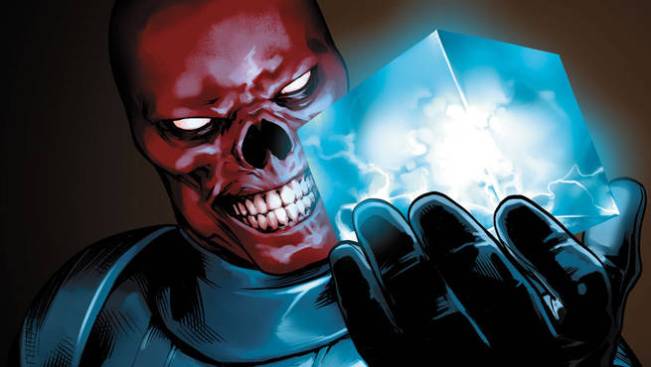 What happened to the Red Skull?

And finally, to one of the big surprises of Infinity War – the appearance of the Red Skull, who was last seen in Captain America: The First Avenger (2011).

As detailed in Infinity War, since we last saw the Red Skull he’s been hanging around with the Soul Stone. But following his appearance in a scene involving Thanos and Gamora, the Red Skull kind of just disappeared again.

So where is he now?

With so much going on in Infinity War its no real surprise that Red Skull’s whereabouts have been left open ended; but maybe this is for a specific reason. It’s entirely possible that Red Skull is being lined up for yet another appearance, possibly in Avengers 4 or possibly in a later Marvel movie.

Hugo Weaving played the role of the Red Skull in Captain America: The First Avenger, but the part was recast for Infinity War, with Ross Marquand taking on the guise of Cap’s arch nemesis. Recasting such a significant role – and bringing back such an iconic character – suggests that this isn’t the last we’ve heard of the Red Skull, so expect this loose end to be tied up… eventually.