Details are starting to trickle through regarding the highly anticipated, much talked about Blu-ray release of Batman: The Animated Series. 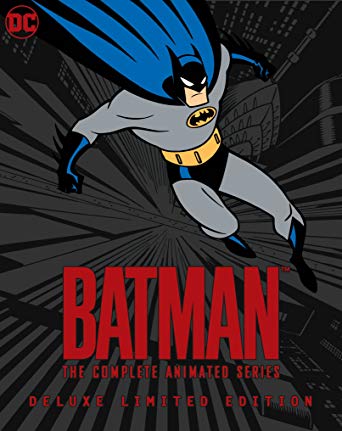 Multiple sources are reporting that Warner Bros. is to release the series as an all bells-and-whistles box set which will include:

At present, Amazon.com has a pre-order up for the Blu-ray set, with a price tag of $112.99 (roughly £86). There’s no information about what this particular set includes, but as the image is a shot of the Deluxe Limited Edition collection it’s safe to presume this is the one that includes the Funko figures etc.

Amazon.co.uk does not have any listings up for the Blu-ray set, so UK fans could be in for a wait. As we’ve only just received a full DVD collection (within the last year) and neither Mask of the Phantasm or Subzero are available on Blu-ray over here, expect us to be behind as usual.

It’s worth noting that US Warner Bros. Blu-rays tend to be region free, so if you live in the UK and you want this set, then purchasing directly from Amazon.com may be an option.