BIG news folks – Rick and Morty is officially getting a fourth season.

Oh, and there’s even bigger news.

This new season will add a further 70 episodes to the show’s current run!

The news was announced by co-creator Justin Roiland on the official Rick and Morty Facebook page, with an image detailing the arrival of the new episodes. The image (see below) was accompanied by the caption: “Here’s this. #RickandMorty”. 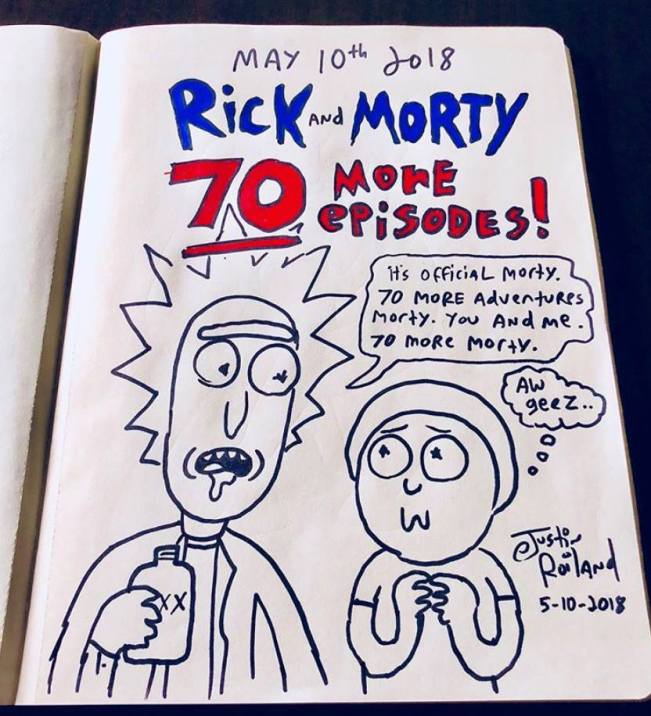 No news on when we’ll see these new episodes, but at least we know they’re coming, right?