20th Century Fox has unveiled a new poster for Deadpool 2.

The poster has been released in order to promote IMAX screenings of the forthcoming movie, which stars Ryan Reynolds. The poster arrived on social media with the following caption:

“Unicorns, rainbows and sparkles… The X-Force are coming.” 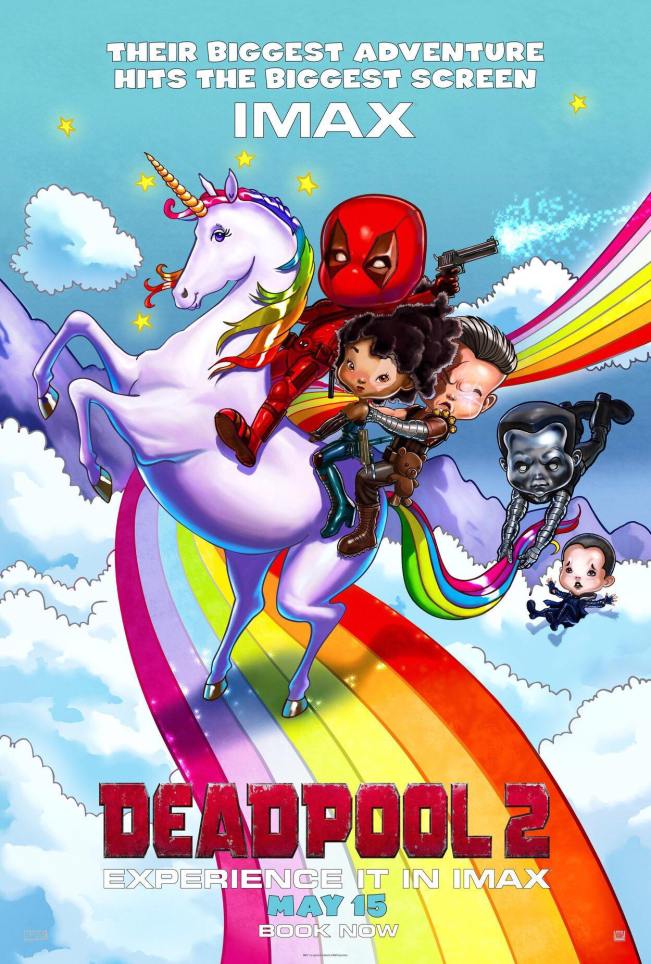 Is this not the happiest poster ever?

Deadpool 2 arrives in cinemas on May 15th.